So the past couple days I have been packing and shipping some things home. Everyone is been going home and the shoe cubbies downstairs are starting to look bare. 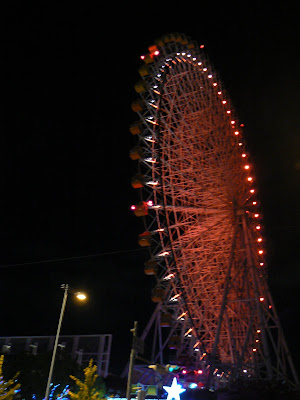 Shanikia and I decided to do some last minute shopping at Osakako by the aquarium. We dicided to take the giant ferris wheel for the fun of it and to celebrate our last couple days in Japan. It's supposed to be one of the tallest in the world at 112.5 meters high. 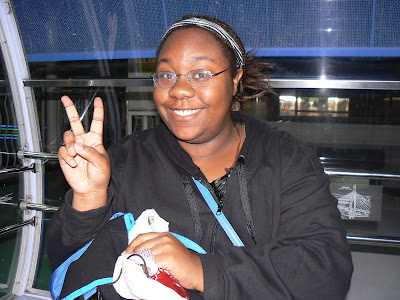 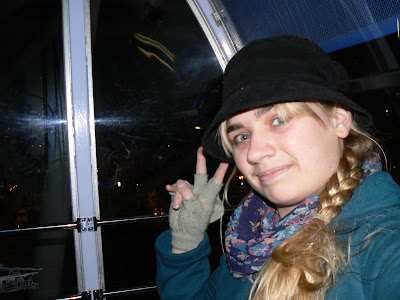 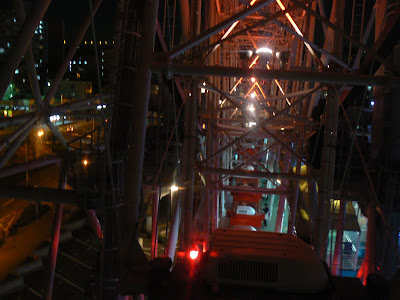 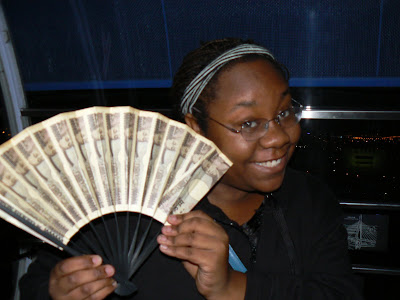 Shanikia and her money fan... 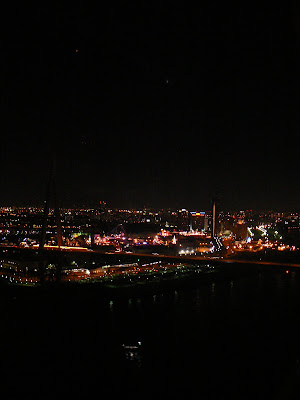 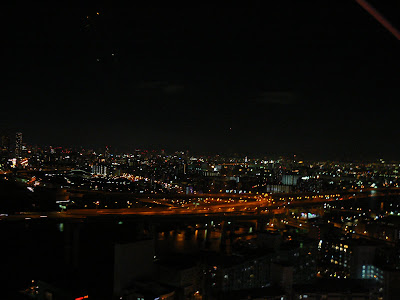 We could see all of the Osaka bay area from the top. It was very neat. 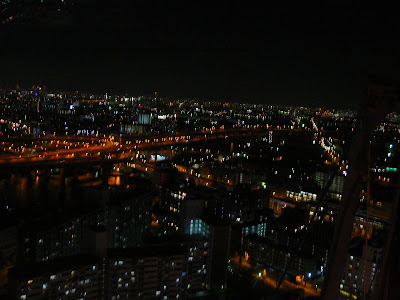 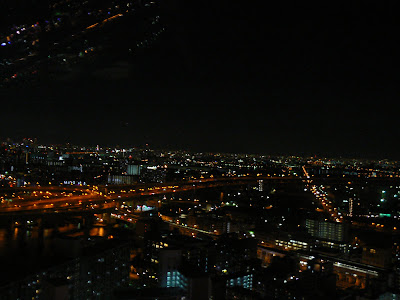 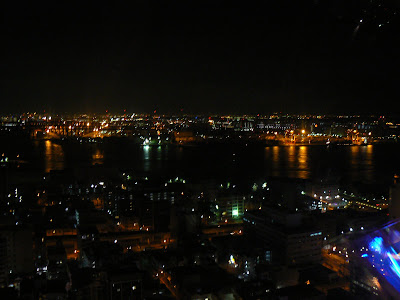 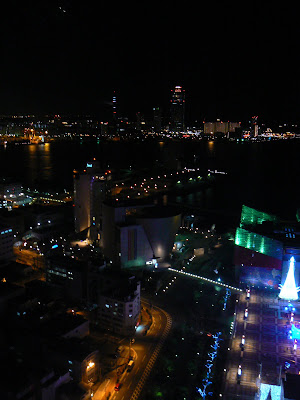 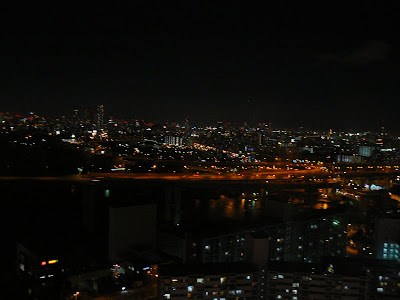 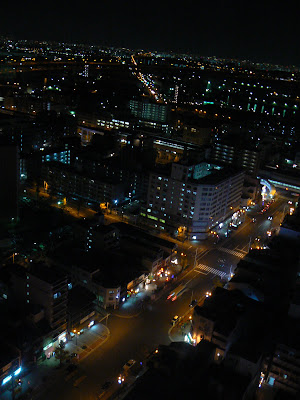 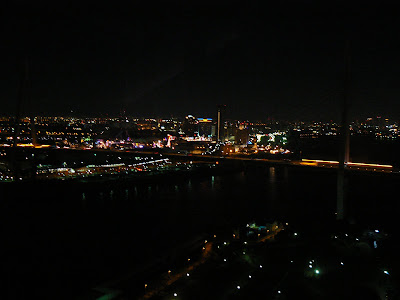 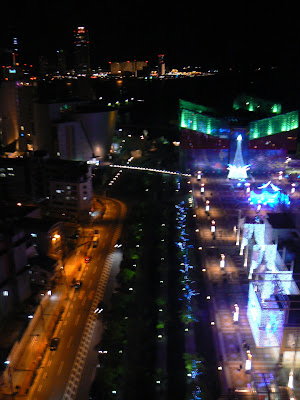 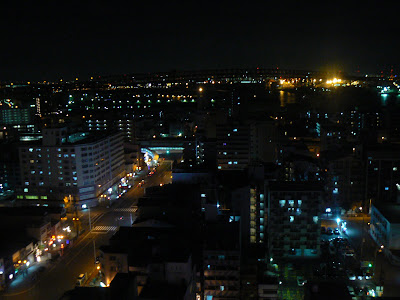 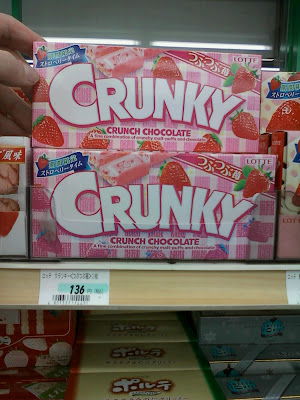 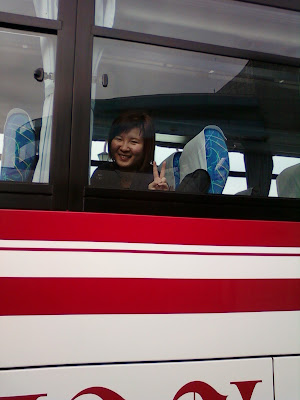 Yesterday, Cory, Kirsten, Brooke and I went with Mei to the limousine bus station at Hirakata station to see her off and help her with her luggage.
I had lunch with Yumika, Brittany, Amanda and several others at Kappa Sushi. Afterwards I hung out with Yumika for the rest of the day. 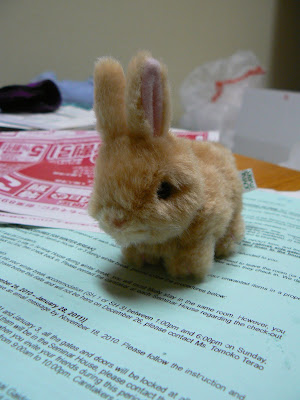 As a going away/ forget-me-not present, Yumika bout me a stuffed rabbit since I was born in the year of the rabbit and this new year, 2011, is the year of the rabbit. It's sooo adorable! Yumika named it さくら(Sakura) after cherry blossoms. I've nick-named it Saku-chan (means to blossom or bloom.)
All this about year of the rabbit has got me thinking a bit. This year, the year of the tiger is about to become the year of the rabbit. My friend Becky who visited earlier in August was born in the year of the tiger. It kind of seems like fate that we, who dreamed of going to Japan as kids growing up together, had the chance to go and have fun in Japan at the time that our years (tiger and rabbit) intercept. Not that I believe that there's really deep meaning in it, but I still think that it's kind of neat.
It's nice to think of such things instead of dwelling on the sad goodbyes. Alex made it safely back to Seattle. Elyse is in New York. Theresa left early this morning and Corey, this afternoon. So many people are gone!
Tomorrow at 9am our room will be inspected. Shanikia will leave after that and I'll hang around Seminar House till 3 when the taxi is supposed to come to pick me up. I can't believe my stay here in Japan is practically over! I'm excited to go home, but at the same time, I'm going to miss my friends and this place so much! I've learned a lot and my Japanese is worlds better, even though I'm still not fluent. I'm restless and excited and sad and nervous and thankful I could come but anxious for the flights ahead and oh my goodness! I can't believe the semester is over!
Posted by Laurie at 12:13 AM

Laurie
I'm an American artist from Memphis, Tennessee and I’m studying at Kansai Gaidai from August to December in 2010.